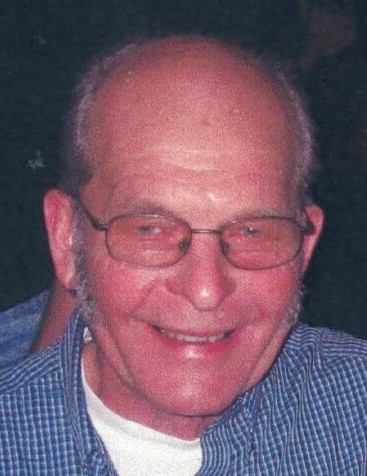 Erik O. Klessig, 78, of Cleveland, passed away peacefully surrounded by family in the morning on Thursday, April 22, 2021, at his home.

Erik was the first born to parents, Edward and Margaret (Kraft) Klessig in Cleveland, WI, on May 22, 1942. He grew up on the Saxon Homestead Farm with his seven siblings. He attended area schools and graduated from Kiel High School. Several years after high school, Erik was united in marriage to Phyllis Jean Bennin. They had four children together, Mike Rieck, Lori (John) Steuerwald of Cascade, Mark “Herman” (Claudia) Klessig of West Bend, and Paul (Tina) Klessig of Howards Grove.

Erik spent much of his life working on the family dairy farm with his parents and siblings. He also worked at Kohler Company in the Foundry and worked there for 29 years.

He dedicated his retirement to the wildlife on his 30-acre property – feeding the birds, squirrels, and turkeys. He was an avid reader of his monthly magazine subscriptions including National Geographic, TIME, and countless seed and farm magazines. He was a great storyteller and spoke fluent German. When his grandchildren, nieces, and nephews were younger, he would travel house to house dressed as Santa, giving away presents wrapped in newspaper. Erik was also an excellent polka dancer, and he and Phyllis would travel all around to different polka dances in the area.

Every spring, Erik would plant thousands of trees on his property to create the perfect sanctuary for the wildlife he cared so much for, naming it ‘Acres for Wildlife.’ He enjoyed building bird houses and chopping wood to heat his home. He was a motorcycle enthusiast. In his early years, he drag raced the BSA and Triumph motorcycles. He took several road trips with his wife on his BMW. He especially treasured his trip to Austria with Phyllis to visit his sister, Heidi, and her husband, Frankie.

Erik’s family will be holding a private Celebration of Life. In lieu of flowers, please make Erik proud and plant a tree.

Please visit www.zimmerfuneralhome.com to leave a message of sympathy for the family

To order memorial trees or send flowers to the family in memory of Erik Klessig, please visit our flower store.