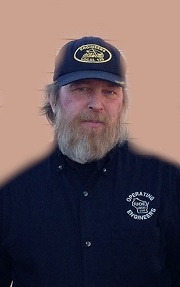 DuWayne went on to the Joseph J. Goetz operating engineers training center.  He was a member of the Operating Engineers Local 139.  He worked for several companies over the years, Gabe’s Construction, Brandenburg Demolition, Meade Pipeline and Alberici retiring in January 2017.

Gardening was a passion of his, he grew sweet corn, cabbage and pickles.  He was known for his crock pickles and sauerkraut.  DuWayne was an excellent cook and loved to make special treats for his family and friends. He had a sense of humor and like to “scare” people. Taking rides on his Harley and mowing the grass were favorite pastimes of his.  Family was his pride and joy, he loved spending time with them creating lasting memories.

A memorial service will be held on Sunday, September 18, 2022, at 12:30PM at Zimmer Westview Funeral & Cremation Care Center, W2132 Garton RD. Sheboygan, with Pastor Matthew Shive officiating. Military Honors will follow.  If you are unable to join the family for the service, it will be livestreamed on DuWayne’s obituary page on the funeral home website. Inurnment will take place at Greenlawn Memorial Park. Relatives and friends may visit with the family on Sunday, September 18, 2022, from 10:30 AM until the time of service at the FUNERAL HOME.

To order memorial trees or send flowers to the family in memory of DuWayne Dhein, please visit our flower store.