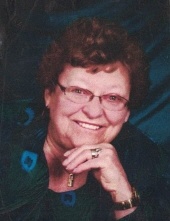 Donna was born February 4, 1939 in Sheboygan, the daughter of Reinhold and Roma (nee Richter) Klemme. She graduated from Kiel High School in 1957. Donna was married to Harold Gries in 1958 and the couple had three children. She later married Michael Bersch on August 12, 1972, and he preceded her in death in 1997.

For 10 years, Donna worked at Acuity. She was a member of the Sheboygan Noon Lions Club, Cleveland Red Hatters, Ladies Guild, Schwinn Breakfast Club and the Acuity Retirement Breakfast Group.

Due to COVID-19, private services have taken place with a Memorial Service celebrating Donna's life being held at a later date. She will be laid to rest a St. John's UCC Schwarzwald beside Mike.

In lieu of flowers, a memorial fund has been established in Donna's name.

Event Information
Services are private.
To order memorial trees or send flowers to the family in memory of Donna Bersch, please visit our flower store.