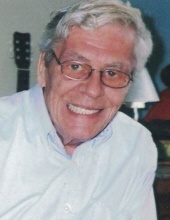 Donald R. Lawrence, age 73, passed away on Monday, December 2, 2019 at his home surrounded by his family.
He was born in Sheboygan on January 11, 1946, to the late Raymond and Mildred (Kahr) Lawrence. He graduated from North High School in 1964, then enlisted in the United States Marine Corp where he proudly served his country in Vietnam. On May 27, 1968, Donald married Cheryle Barg and they were blessed with three children. Donald owned and operated Don's Auto Service in Oostburg for more than 20 years and was always known for his honesty and generosity.
Donald loved listening to music, reading, and expanding his knowledge. He also loved to spend time outside; visiting state parks, swimming, and exploring. One of his passions later in life was making memories with his grandchildren. You could always find Don with a sense of humor and a cold beverage.
He is survived by his children, Deborah, Tim (Kim), and Michelle (Bill); grandchildren, Andrew, Alex, Alyssa, Jakob, Joshua, Dino, and Sophia and siblings, George (Carol), Nancy (Ron), Gene (Sue), and Tom.
Along with his parents, he was preceded in death by his brother Robert.
Following Donald's wishes, cremation has taken place and a Celebration of Life will be held at a later date.
In lieu of flowers, a memorial fund has been established in Donald's name.
Tim and Michelle would like to thank Robert Marks for his love and support and uncle Tom for his care and compassion given to their father in his time of need.

Event Information
Services will be set for a future date to be determined.
To order memorial trees or send flowers to the family in memory of Donald Lawrence, please visit our flower store.