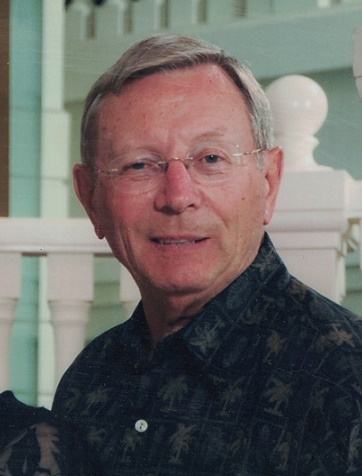 He was born in Sheboygan on January 1, 1938, to the late Edward and Marie (Schwinn) Klein.  He attended local schools and graduated from North High School in 1956.  He proudly served his country in the United States Marine Corps.  On October 8, 1960, Don married Sharon Reimer at St. Dominic Catholic Church.  She preceded him in death on March 14, 2020.  Due to Don's amazing care, Sharon was able to stay home until the very end, which meant so much to him and their family.  Don was a member of St. Dominic Catholic Church where he had ushered for many years.  He was employed for over 35 years at The Sheboygan Press, retiring in 2000.

Don enjoyed golfing, watching Brewer games and traveling to many places with Sharon.  Don especially looked forward to regularly meeting his cousins for breakfast, as well as his get together with friends to play Sheepshead.  In his final years he was comforted by the special bond he shared with his beloved dog, Lulu.

Donald was preceded in death by his parents and wife, Sharon.

A Memorial Service for Don will be held at 11:30 AM on Friday, September 3, 2021, at BALLHORN CHAPELS FUNERAL AND CREMATION CARE CENTER, 1201 N 8th St. in Sheboygan.  Family will greet visitors at the funeral home on Friday from 10:00 AM until the time of the service.

In lieu of flowers, the family asks that memorials in Don's name are made to Sharon S. Richardson Community Hospice.

The family would like to thank the wonderful staff at Sharon S. Richardson Community Hospice for all the care and comfort given to Don.

To order memorial trees or send flowers to the family in memory of Donald Klein, please visit our flower store.