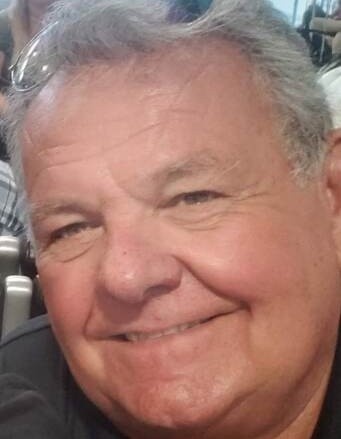 In December 1986, Don met the love of his life Donna at a surprise party they were both invited to.  Such an amazing pairing from God.  They complimented each other like sun & fun, or peanut butter & jelly, constantly challenging one another to do their best.  In whatever spare time they could squeeze out, Don & Donna loved to work on their home which many family members refer to as the “love nest”.

Many of Don’s most treasured moments were spent with Donna in Door County WI, Ft Meyers Beach FL, and Cabo San Lucas MX.

Don loved music of all kinds.  One of his favorite “hobbies” was playing bass guitar and singing back-up vocals for the legendary band “The Eldorados”.   The band has been together for the past 60 years with Don being 1 of the 3 original members.  They most recently played for The Lion's Fest on June 25th, and at South Pier’s 4th of July Celebration at Angler’s Avenue on July 3rd.

The other and most esteemed love of Don’s life were his grandchildren.  Though he loved them all, he had a special relationship with several of them.  Don adored the comradery, basketball games, poker games, pool parties, and grilling the “goodies” for Jzaban & his crew of friends. They became like grandchildren to Don & Donna who truly loved & enjoyed providing the hang-out spot and countless burgers, brats, hotdogs, chips, & smoothies.  Don was thrilled with the thought that Jzaban’s brothers Hoyt & Styer would be next in the “goodies” line with their friends. Don also had a special relationship with his foodie grandson Devon.  Together they have feasted at and critiqued their fair share of restaurants.  Last but not least, Don’s heart was captured from moment number one by his 4-year-old grandson Christian…or “Christiano” as he liked to call him.  Don loved to say, in front of Donna of course “Christiano”, you’re a Papa’s boy right?”

Don’s passing will be keenly felt by the thousands of people he selflessly gave his time & talents to. In addition to the personal help he provided to so many people, Don liked to help Sheboygan. He sat for many years on Sheboygan’s Planning Commission and Sheboygan’s Board of Appeals.The combination of his love of life, desire to serve, tenaciousness, and absolute unparalleled work ethic made the perfect recipe for what every community needs… volunteering. Don loved to help wherever he was needed.  He volunteered for the Jaycees and was named Director of the year for 1974-1975. Through the Jaycees, Don was instrumental in bringing the Jaycees’ Haunted House to Sheboygan. Don & Donna volunteered for 6 years for Sheboygan Service Club with Don ultimately learning to love the 3 show Charity Ball.

Don’s brother Brian was an active volunteer reading to children at Children’s Hospital WI. In August of 2008, Don lost his brother Brian to a tragic motorcycle accident. This incident is what triggered the most massive volunteer effort of Don’s life. Don & Donna searched for a way to honor his brother & Children’s Hospital WI, thus Lakeshore Weekend was introduced to Sheboygan. With the help of an unbelievably committed core group of friends and family, hundreds of other commendable volunteers, and the tremendously dedicated sponsors (Miesfeld’s Meat Market being the primary sponsor), Lakeshore Weekend raised a total of $1,694,000.00 for Children’s Hospital WI in just 9 years.

Don, your humble, gentle, wise, generous, dependable, and playful spirit will be so deeply missed & forever loved. Thank you, Lord Jesus, for the gift of Don in our lives!

Blessed with so much love,

A funeral mass will be held on July 15th, 2021, at 11:00 AM at Holy Name of Jesus Catholic Church in Sheboygan with Fr. Norberto Sandoval officiating. There will also be visitation one hour before the service.

The family is requesting visitors to refrain from wearing colognes, perfumes, body sprays etc. due to allergies of family members and offer their appreciation in advance for your understanding.
In lieu of flowers, a memorial has been established in Don’s name.

To order memorial trees or send flowers to the family in memory of Donald Cvetan, please visit our flower store.