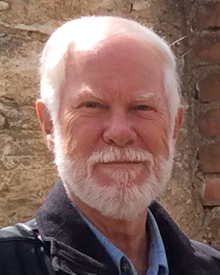 On Tuesday, December 27, 2022, Dieter Helm, beloved husband, father and grandfather passed away a few months after his 80th birthday.

Dieter was born on September 26, 1942 in Berlin, Germany to Elfriede and Werner Helm.  It was war time and Elfriede, alone with her infant, had no way to notify her husband that he had a son whom she named Dieter.  Werner met Dieter for the first time 10 months later in what we can only imagine was a joyful reunion.

Immigration was always an important subject for Dieter and he was proud to have been through a legal immigration process in the 1950’s that took years to complete until the family, mom, dad, Dieter and sister received “the letter”…”you have been approved for immigration.”  It was 1956, 3 years after their application.  Dieter was 13.  The Helm family of 4 boarded the SS Berlin in June, 1956 from Bremen and set sail for the USA border.  With rough waters the entire trip they landed 10 days later.  He remembers passing the statue of liberty and feeling excited about his new life.  The Helm family became US citizens on November 14, 1962 and were always proud to be Americans with a German heritage.

The school year was about to begin and Dieter had to take tests for grade placement.  He advanced a year, skipping 10th grade and eventually graduated from Central High School at age 16.  His High School buddies still remain his best friends and memories as they embraced this little German kid and showed him the ropes of American Teen Life.  To Dieters final breath, Jerry Grohskopf remained his best friend.

At age 16 it was difficult to find employment so he began exploring technical classes in design which led  to a career in drafting and design first at R-Way Furniture and later Kohler Mechanical. He finally found his forever career as a Die Designer at Plastics Engineering Company where his family of co-workers became an important part of his life.  He retired in 2005 at the age of 62.

Music was always a huge part of Dieter’s life.  A radio personality as early as the 1960’s, Dieter’s love of music was shared on weekly radio broadcasts that started locally and expanded to live streaming world-wide.  Over 45 years his program was carried by WHBL, WBKV, WJUB, The Breeze, and finally Live 365 Internet Streaming giving him a global audience. Not wanting his program to be limited he often described his show as “A light and lively mix of continental music” which exceeded format boundaries.  His bi-lingual narration allowed older listeners memories of home while younger listeners could understand the program notes as well.

The radio program helped him develop his second love, travel.  Along with Marianne he planned and hosted more than 30 travel adventures for small groups to Germany, Austria, Switzerland in the 1990’s and later expanded those trips to include Italy, Greece, Hungary, Czech Republic and beyond.  Dieter was invited to join Sheboygan Mayor Richard Schneider’s International Committee and led many trips to Sheboygan’s beloved sister city, Esslingen, Germany.  After group travel retirement he and Marianne continued traveling; Mexico and Asia holding favorite memories.  Dieter was a true Global Citizen who appreciated the sights, sounds, people, cultures, food from an inclusive point of view.  Over the years his hobby business changed names as the focus developed.  What began as Souvenirs From Germany became The Continental Sound Machine and finally Euroline Music and Travel.

Survivors include his wife of 52 years, Marianne and their two daughters Lisa (Chris) Stubbe, Allison (Jeremy) Schramm, his four grandsons, Benjamin and Lucas Stubbe, Landon and Parker Schramm, sister Evelyn (Tim) Grasse, sisters-in-law Jeanne (Jim) Moersch, Patti Berger, Rosanne (Ron) Fischer and brother-in-law, Frank (Gary Silva) Berger.  Loved ones preceding him in death are his parents Elfriede and Werner his grandparents, his in-laws, Frank and Ann Berger and nephew Matthew Moersch.  Dieter will be sadly missed by his friends and family.  He counts neighbors from three great neighborhoods among his most cherished friends.  The 14th Street Gang, The Wonderful Woodside Hills Friends and The Ponds in the Falls Community.

Zimmer Westview is serving the family with cremation and service to be held on Sunday, January 8 at W2132 Garton Road, Howards Grove.  Visitation will be 12-2:30.  Service at 2:30; Elizabeth DenDekker, family friend and Sharon Richardson Chaplain, officiating.

For those unable to attend service a livestream link can be found on Dieter Helm Obituary page at www.zimmerfuneralhome.com

Dieter loved beautiful gardens.  Memorial funds given in his name will establish an enduring garden in his community.

To order memorial trees or send flowers to the family in memory of Dieter E. Helm, please visit our flower store.