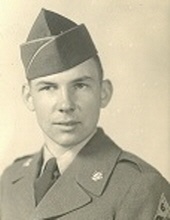 In the early evening of November 27, 2020, Dell Harvey Walker, 82, of Sheboygan moved on eternally to meet his Lord and Savior while lying in his sleep. He was born on June 13, 1938 to the late Harvey and Anna (Weber) Walker in Crandon, Wisconsin.
While attending school in the Crandon district, Dell played basketball and football at the junior and high school levels, taught horseback riding for the Girl Scouts, and became interested in auto mechanics. He later left high school to work as a mechanic, and also enlisted in the U.S. Army Reserves.
On October 8, 1960, he was united in marriage to Faye Marie Brooks of Laona, Wisconsin. While residing in Milwaukee for several years, he worked at Western Metal before relocating to Sheboygan where he was employed at Kohler Company for 30 years as a machine set up worker until he retired.
Dell's favorite pastime activities included; hunting, fishing, playing bingo, watching old western shows, and basically any sporting event that had a ball in it.
He was an honest, and caring person who will be missed by everyone that knew him.
Dell is survived by his three children, Christopher Walker of Sheboygan, Dell Walker Jr. of Sheboygan, and Lisa (Richard) Jeske of Sheboygan; two grandchildren, Julie (Marty) Paulson of Sheboygan, and Sarah (Maxim) Walker of Frankfurt , Germany; three great-grandchildren, Audrey and Terrie Turner of Sheboygan, Anakin Paulson of Sheboygan. He had 6 siblings, Jean Schally, Harvey (Sally) Walker, Patrick (Bobbie) Walker, Peggy Arrowood, Cathy (Steve) Conway III, and Karen (Robert) Latel. He is further survived by other relatives, and friends.
In addition to his parents, and his loving wife of 55 years, he was preceded in death by one brother, Christopher Walker, one son-in-law Terry Jeske, and one brother-in-law, George Schally.
A private family service for Dell will be held. Relatives and friends may visit with the family on Friday, December 4, 2020 from 2:00 PM until 4:00 PM at Zimmer Westview Funeral & Cremation Care Center, W2132 Garton Rd., Sheboygan. Masks will be required and the guidelines of 6ft of social distancing and hand sanitizing when you enter the funeral home will be followed.