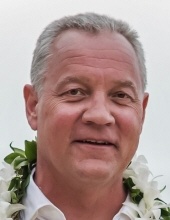 Dan was a loving husband, father, son, brother and grandfather. He enjoyed spending time with his family, being outdoors, fishing, working on home projects and putting his toes in the sand. Dan was always ready with a story or joke, and his lighthearted and generous nature will be greatly missed.

Dan was preceded in death by his infant brother, Mark Van Dyke, and his father, Ted Van Dyke.

Private family services for Dan will be held at a later date. In lieu of flowers, memorials in Dan's name are appreciated to AFSP.org or your favorite charity. Please visit www.zimmerfuneralhome.com to leave online condolences.

To order memorial trees or send flowers to the family in memory of Daniel Van Dyke, please visit our flower store.