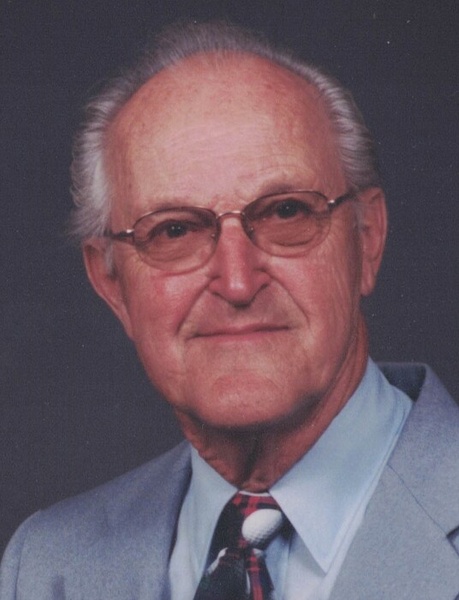 After 98 full and well-lived years, Clemens S. Schoenenberger completed his earthly journey and was called to his heavenly reward on July 23rd, 2022, with family at his side.

Born in Sheboygan to Robert and Rose (Brouillard) Schoenenberger on February 26th, 1924.  He was the youngest of 8 children. A graduate of Holy Name grade school and North High School, he entered the U.S. Army on his 19th birthday, assigned as battery clerk for the 113th anti-aircraft battalion in North Africa and Europe, serving for almost 3 years. He was honorably discharged and received 3 battle stars for action and the honorary Crox DeGuirre (Cross of War) from the Belgian government.

Clem and his high school sweetheart, Bernice Koellmer, wrote to each other every day of his deployment. Soon after his return they were married on May 10th, 1947, at the bride’s home by Dr. E.H. Wessler, pastor of Zion Reformed Church.  His daughter Sue was born a year later. They were blessed to be able to celebrate their 75th anniversary on May 10th, 2022.

Clem attended Sheboygan Business College and was employed at Honold and LaPage Inc. for 5 years until he became a senior buyer for the generator department of Kohler Company where he was employed for 25 years. He then became an area manager for the generator division and traveled extensively conducting training schools nationwide. Retiring on his 64th birthday in 1988 and a member of the Quarter Century Club, Clem was able to enjoy 34 years of retirement pleasures.

A longtime member of Zion UCC (now Zion ECC) Clem served as church president for 4 years, many terms on consistory as both elder and deacon, and was financial secretary of the church. He was a member of the Brotherhood, Merry Mates, and Elderberries. His handyman talents were freely used as a member of the building and grounds committee for many years.  He was a regular Red Cross blood donor giving 9 gallons over the course of his life.

A former Jaycee, Clem served as president of the club and chaired the Bratwurst Day Parade for many years. He also was the president of the Evening Optimist Club for a number of terms.  Clem loved the game of golf and belonged to a Monday morning men’s group at the Crystal Lake course as well as enjoying the game with his son-in-law, Dennis Duchow.

Clem and Bernice enjoyed travel and visited all but 2 states, Mexico, and the Bahamas, often with their daughter and son-in-law, (Sue and Den) as well as trips with their grandson, Andy, who felt a special bond to his “Grannie and Papa.”  35 years enjoying the Duchow’s Wilke Lake cottage together was a retirement highlight as was restoring “Clementine” a 1930 Model A Ford.  He appreciated the opportunity to join the Honor Flight as a WWII veteran.

Survivors of Clem include his beloved wife, Bernice; cherished daughter and son-in-law, Sue and Dennis Duchow; loving grandson, Andy Duchow; dear great-grandchildren, Noah and Liza; nieces and nephews who enjoyed time with their uncle; friends and neighbors.  He was an engaging, humble, fun, positive man.

Clem was a gentleman, everyone’s friend, had a quick wit, and always put others first. He had a strong faith, lived fully and loved deeply. He believed in doing at least one good deed each day.  In his memory, he would wish us all to carry on that habit and make the world kinder and gentler. He will be greatly missed and carried in his family's’ hearts until we meet again.  Thanks be to God.

A private family graveside service with full military honors will be held by Pastor Chris McKnight and a time of remembrance will be held at a later date. Memorials will be directed to causes Clem held dear. The family appreciates the caregivers who helped in his final days and is thankful for the privilege of having Clem as our example and inspiration.

If you would like to leave a message of sympathy for the family, please visit www.zimmerfuneralhome.com.

To order memorial trees or send flowers to the family in memory of Clemens "Clem" Schoenenberger, please visit our flower store.