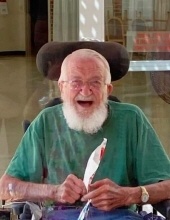 Carlos Miller, 90, passed away on December 6, 2020, at Rocky Knoll Health Care Center where he had been a resident for the past ten years.
He was born in Kiel, WI on July 8, 1930, to the late Edward and Louise (Klein) Miller. He attended local schools and graduated from Kiel High School. Carlos proudly served his country in the United States Marine Corps., from November 1951 until November 1954. On July 6, 1957, Carlos married Margene Rietbrock at St. Gregory Church in St. Nazianz. He was employed with the Kohler Company for 37 years and was a part of the Quarter Century Club. Carlos also delivered The Sheboygan Press newspaper for many years. Carlos was also a volunteer firefighter with the Millersville Fire Department.
Carlos and Margene enjoyed camping, going to Packers games as they were season ticket holders, snowmobiling and traveled to many places. She preceded him in death on July 25, 2006.
Carlos is survived by his daughter, Barbara (Ralph) Sebald of Howards Grove; daughter-in-law Jodi Miller of Howards Grove; grandchildren, Wade (Abby) Sebald, Brittany (Chuck) Kaiser, Shawn (Annie) Miller, Tyler (Maureen) Miller; great-grandchildren, Jada, Harper, Brynlee, Hallie and one on the way; brother Allen (Jeanette) Miller and Elroy Miller; mother-in-law, Florence Rietbrock; brothers-in-law, Donald, Gerry, and Larry Rietbrock and sisters-in-law Darlene Pieper and Doreen Miller. Nieces, nephews, other family and friends further survive.
Along with his parents and wife, Margene, Carlos was preceded in death by a son, Brian Miller; sisters, Arlene (Leo) Schnell and Rosella (Ralph) Bruckner; brothers Leon (Ruth) Miller and Arno Miller; father-in-law Norman Rietbrock; mother-in-law LaVerne (Rollie) Libke and a brother-in-law Bob Pieper.
A private funeral service will be held for Carlos with military honors. He will be laid to rest next to Margene in the Garden of Peace Mausoleum at Greenlawn Memorial Park.
The family would like to extend a heartfelt thank you to the staff at Rocky Knoll Health Care Center for their care and support throughout the years.
A memorial fund has been established in Carlos's name.

Event Information
Services are private.
To order memorial trees or send flowers to the family in memory of Carlos Miller, please visit our flower store.