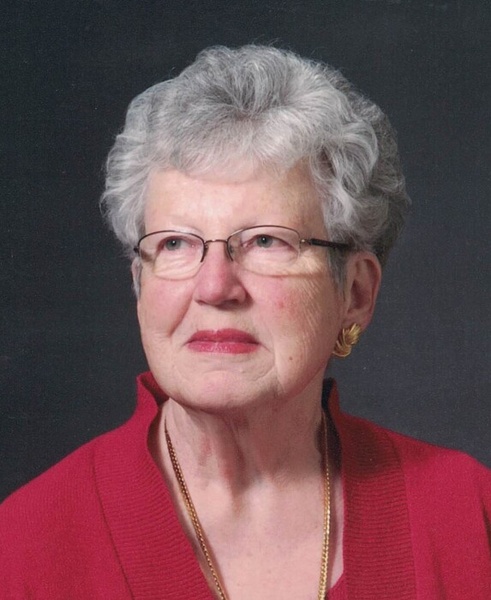 Barbara A. Ruppel, 81, passed away on May 29, 2022, at Countryside Manor in Sheboygan, WI, where she had been a resident for the last 17 months.  Barbara was born January 5, 1941, in the Town of Trenton in Washington County to the late Leo and Mildred Mueller.  Barbara attended and graduated from Sheboygan Falls High School in 1959.

Barbara worked for the H.C. Prange Company for many years.  She held several positions there with the most notable as Henry C. Prange’s Executive Corporate Secretary.  A job she truly treasured.  After Prange’s closed, she worked for Carlson Wagonlit Travel for several years before her retirement.  Her faith in God was very important to her as she was active in the churches her and Roger attended – Ebenezer UCC in Sheboygan and Grace UCC in Kohler, WI.  For a short time in her life Barbara sang with the Sweet Adeline Choir.

Barbara is survived by her two sons, Brad (Lisa) and Derek (Special friend Lisa Farr) Ruppel both of Sheboygan. Along with two grandchildren, Cody Ruppel of Sheboygan and Taylor Ruppel of Mt. Horeb, WI.

A service of remembrance will be held for Barbara on Tuesday, June 7, 2022, at 10:30 AM at Grace UCC (500 School St, Kohler, WI 53044).  Pastor Beth Petzke will officiate the service.  Burial of Barbara’s urn next to Roger will take place at Lutheran Cemetery immediately following the service.  Friends may call at the church from 9:00 AM until the time of service at the church.

A memorial fund has been established in Barbara’s name for the Sheboygan County Humane Society, a cause that Barbara cared deeply about.

The family would like to thank Sharon Ricardson Hospice, Community Care and the staff at Countryside Manor for the compassion and excellent care that mom received during her time there.

If you would like to leave a message of sympathy for Barbara’s family, please visit www.zimmerfuneralhome.com.

To order memorial trees or send flowers to the family in memory of Barbara Ruppel, please visit our flower store.