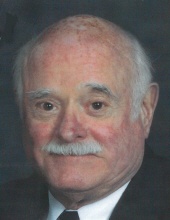 The terrestrial existence of Arthur Hayssen Perry ended on Monday, July 16, 2018 after many months battling cancer.

Born in Wilmington, NC on October 2, 1932, he was the son of Albert Fraser and Marie Hayssen Perry.

Arthur began his education at Forest Hills School in Wilmington, NC. He attended St. Pauls School in Concord, NH and was graduated in 1951, after which he enrolled in Yale University, majoring in architecture and was a member of Zeta Psi fraternity. After graduating from Yale in 1955, Art was commissioned a 2nd Lt. in the U.S. Army Reserve. After 6 months active duty at Fort Sill, OK, he served ten years reserve duty in Sheboygan, WI attaining the rank of Captain.

He joined his family company, the Hayssen Mfg. Co. in Sheboygan in 1956 and remained with them until the sale of the company in 1966. He then continued in machine sales, organizing his own company, until retirement in 2004.

Having had a family ties with All Saints Chapel at Elkhart Lake, he attended there during the summer months, where he led the hymn singing since the 1990's. Winter found him attending First United Lutheran Church in Sheboygan.

In addition to sailing, Art enjoyed trap and target shooting, pheasant hunting, golf, hockey, rowing and visiting with family and friends. He was a loving person who enjoyed giving and receiving warm, friendly hugs.

A Celebration of Arthur's life will be held at 2:00 PM on Thursday, July 19, 2018 at First United Lutheran Church, 2401 Kohler Memorial Drive in Sheboygan. Rev. Todd Smith will officiate. The family will receive visitors at the church on Thursday from 11:00 AM - 2:00 PM. He will be laid to rest at Wildwood Cemetery.

The family would like to thank the staffs of Sharon S. Richardson Community Hospice and Aurora Sheboygan Memorial Hospital, 2nd floor for their compassionate and loving care.