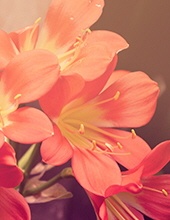 Arlene Jane Slavens, age 81, died at Sheboygan Senior Community on April 29, 2020. Arlene was born in Sheboygan on February 19, 1939 to the late Arthur and Elmira (Sebald) Schwartz.

On October 14, 1961 Arlene was united in marriage to Thomas Slavens in Sheboygan. Arlene was employed at Kohler Co., but took early retirement due to complications of Multiple Sclerosis. She enjoyed a lengthy retirement with her husband in Cleveland, WI. Arlene was the "mom" of many dogs she rescued including Frosty, Lassie, Dusty, Little Mamma, Peaches, Apples and her favorite, Cassie. Arlene was an inspiration to her family and all that knew her - she lived and loved life. Those that knew her were fortunate and better for it.

At Arlene's request, no services will be held. The family would like to thank the dedicated staff of Sheboygan Senior Community for their compassionate care of Arlene.

Event Information
In accordance with the wishes of the deceased, no services will be held.
To order memorial trees or send flowers to the family in memory of Arlene Slavens, please visit our flower store.