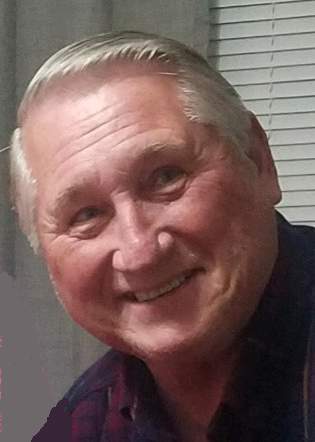 Albert F. Zaletel Jr., 73, of Sheboygan, passed away peacefully Monday evening, December 20, 2021, at home, with his loving family by his side.

Albert was born on November 21, 1948, in Sheboygan, WI, son of the late Albert Sr. and Josephine (Gluck) Zaletel. He graduated in 1967 from Sheboygan South High School. Albert proudly served his country in the United States Air Force as a Combat Medic and then a Dental Lab Specialist from 1968-1972 during the Vietnam War, earning a Commendation Medal.

On November 1, 1975, he was united in marriage to Linda Hopfensperger at St Augustine Catholic Church in Chilton, WI, celebrating 46 years of marriage.

He worked in the Pottery Department at Kohler Co., for 39 years, retiring in January 2012.

Al was a member of Ss. Cyril and Methodious Catholic Parish, a lifetime member of the VFW, the American Legion Post 555, the Kohler Quarter Century Club, the UAW Local 833, the NRA, the Sheboygan Pistol and Gun Club, and the Viking Bow and Gun Club.

Al was very proud of his boys, they were his life, and immensely loved all his grandchildren. He loved to go fishing, hunting, sturgeon spearing and camping. He absolutely loved the too many to list, fishing and hunting trips with his father, sons, and grandchildren, especially his bucket list trip to Lake Erie, last spring. Al was also a true handy man that could fix anything and was fond of traveling. He was able to visit all of the Air Force bases where his sons were stationed within the United States as well as overseas, from Alaska to Italy. The highlight of his travels was when he and Linda visited Italy and his beloved Slovenia. Al was very proud of his Slovenian heritage, as he would say “a Slovenian tough-egg”. He loved to read, watch history, western and military movies and shows, and especially loved watching his fishing and hunting shows every weekend.

A Mass of Christian Burial will be held Wednesday, December 29 at 12:30 p.m. at Ss. Cyril and Methodious Catholic Church, 822 New Jersey Ave., Sheboygan followed by burial with Military Honors at Greendale Cemetery in Sheboygan. The Rev Glenn Powers, pastor, will be the celebrant.

If you are unable to join the family, Al’s service will be livestreamed on his obituary page on the funeral home website for you to view.

In lieu of flowers, a memorial fund has been established in Albert’s name.

Albert will always be remembered for his steadfast love of those that he considered family and all the stories he told of fishing and hunting. He will be dearly missed.

The Zimmer Westview Funeral Home is assisting the family. Condolences may be e-mailed at the zimmerfuneralhome.com website.

When tomorrow starts without me, please try to understand, that an angel took me by the hand. The angel said my place was ready, in heaven far above, and that I would have to leave behind, all those I dearly love. But when I walked through Heaven’s Gates, I felt so much at home. When God looked down and smiled at me, and told me, “Welcome Home.” So when tomorrow starts without me, Don’t think we’re far apart, for every time you think of me, I’m right there in your heart.

To order memorial trees or send flowers to the family in memory of Albert "Al" Zaletel Jr., please visit our flower store.